It's no secret that we receive a lot of rainfall in the town of Darlington. With an average of 33.7 inches every year, it's little wonder that the ground can become sodden with rainwater and damp proofing becomes a requirement. Water tables around the country rise and fall, often saturated with vast amounts of groundwater, which contributes to flooding. This is frequently made worse through a lack of proper surface drainage.

Even when our properties in Darlington are not at risk of flooding they can still be drastically affected by water penetration. This is when water is absorbed by foundations and walls, which can result in structural damage. Not only are brick and stone affected by water infiltration, but timber within the interior structure can be susceptible to dry rot and wet rot. Problems like these often remain undetected for years, until the evidence starts to show itself inside the property.

The tell-tale signs are easy to spot:

If you can see any of this in your Darlington home (usually found in combination with each other) then it's fairly certain that you have a damp problem. And although the water around your property can be to blame, it is by no means the only cause. Let's investigate the common causes of damp, along with the reasons why damp proofing is vital for the long term protection of your house.

We Will Get Back To You Within 24 Hours.

We have already mentioned groundwater, but it might not be clear how or why it gets into your Darlington home. When water pools in large amounts under the ground hydrostatic pressure forces water through the foundation walls. The more water there is, the greater the pressure on the water table. The deeper your foundation walls are, the wetter the soil, and the more likely it is that you'll experience moisture-related problems such as penetrating damp or rising damp.

Water infiltration through foundation walls is also caused by damage from tree roots, and not always because of larger cracks. Even hairline cracks are enough to allow water to seep into the foundations. Existing damp proof courses can be breached, which renders them useless.

It doesn't have to be liquid water, either. Water vapour can make its way through fissures and hairline cracks. And this is even more problematic if it freezes as it expands and widens the cracks.  Once again Darlington is prone to the cold & ice!

The same applies to concrete foundations as well as masonry foundation walls. In concrete structures, as they dry during the construction process, the moisture evaporates, making capillaries within the material which effectively makes it porous. Materials such as limestone can also be problematic, especially in older period Darlington buildings or where poor quality mortar has been used in the pointing.

Poorly managed or damaged guttering and downpipes, as well as leaking internal pipes, are a big cause of damp within buildings, especially in old properties where bricks have become porous.

And finally, poor ventilation, especially in kitchens and bathrooms, is a major contributor to damp We have been in so many properties where the landlord has not had extraction in place often to save on costs. We have also seen this in properties managed by Darlington Borough Council. Water vapour and condensation can build up within these areas, increasing the risk of mildew and mould. Not only does it look unsightly, but it could also cause other issues.

Firstly, the longer it remains within the walls, the more damage it will cause, requiring extensive repairs. Prolonged periods of dampness can cause gypsum board to rot and swell, any metal components (wiring, coils, fixtures etc.) to corrode, and flooring adhesive to fail.

Damp walls will also have a negative effect on your energy bills as they affect the insulating qualities of the property. They can also affect your health; mould and mildew produce spores that can cause respiratory illness and asthma.

The sooner the problem is identified and resolved by an experienced damp proofer in Darlington, the better.

Get your free
no obligation Damp Survey now

Looking For Damp Proofers In Darlington?

This term covers a range of methods and treatments used by damp proofing Darlington experts to provide protection against moisture damage to buildings, under the umbrella term damp proof course (DPC). This can be made of slate, plastic, metal, or even a special type of brick. It is usually set in the mortar close to the ground levels to seal off the building from the damp ground.

The most familiar of these solutions is probably the damp proof membrane (DPM), a waterproof barrier placed within the walls or floors during construction to stop moisture from entering and damaging the interior. This is ideal for rising damp or penetrating damp.

However, the damp proofing treatment used will depend on the types of dampness diagnosed, as well as its location within the property. Floor levels need to be taken into account, as those below ground need to be waterproof rather than just damp proof.

For example, in concrete basements & cellars a bituminous coating could be used to provide a waterproof layer.

The reason for this is that moisture in the levels above ground needs to allowed to evaporate, which is why a DMP is applied to internal walls after the source of dampness has been located and repaired. Its uneven surface creates recesses that allow the moisture to dissipate instead of accumulating inside the cavity. 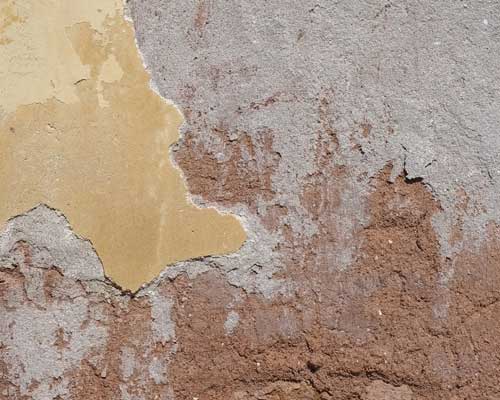 Think You Have A Damp Problem in Darlington?

The best course of action is to contact Damp Hero the damp proofing specialists in Darlington, without delay! We can conduct a damp proofing survey as well as give you advice on subjects such as condensation control for your Darlington home. As we already mentioned, frequent condensation can cause serious problems to your health as well as your home. Simply by installing adequate ventilation or a suitable extractor fan, you could put a stop to the problem.

As professional damp proofing surveyors will be equipped to examine the evidence, identify the type of damp issues, and provide a quote with damp proofing guarantees.

Our reputable damp proofing team will work with our customers to produce a plan to suit their needs and budget, undertake any necessary repairs to the interior and exterior of the property, and safely remove and/or replace any damaged materials such as plaster or timber.

They will return your beloved  Darlington home to you safe, clean, and free from damp.

What is damp proofing?

This term covers a range of methods and treatments used by damp proofing experts to provide protection against moisture damage to buildings, under the umbrella term damp proof course (DPC).

What type of damp treatment do I need?

The damp proofing treatment used will depend on the types of dampness diagnosed, as well as its location within the property.

How much does it cost to have damp removed?

We really need to diagnose the actual cause first but in general its charged per square meter, so price is dependant on the size of the area effected.

Are your damp proofers near me?

Yes of course, you just need to fill out our form and one of our damp proofing specialists near you will be in touch with you for a free survey, help or advice.

privacy-policy
Copyright © 2022 Damphero
We use cookies on our website to give you the most relevant experience by remembering your preferences and repeat visits. By clicking “Accept”, you consent to the use of ALL the cookies.
Cookie settingsACCEPT
Manage consent

This website uses cookies to improve your experience while you navigate through the website. Out of these, the cookies that are categorized as necessary are stored on your browser as they are essential for the working of basic functionalities of the website. We also use third-party cookies that help us analyze and understand how you use this website. These cookies will be stored in your browser only with your consent. You also have the option to opt-out of these cookies. But opting out of some of these cookies may affect your browsing experience.
Necessary Always Enabled
Necessary cookies are absolutely essential for the website to function properly. These cookies ensure basic functionalities and security features of the website, anonymously.
Functional
Functional cookies help to perform certain functionalities like sharing the content of the website on social media platforms, collect feedbacks, and other third-party features.
Performance
Performance cookies are used to understand and analyze the key performance indexes of the website which helps in delivering a better user experience for the visitors.
Analytics
Analytical cookies are used to understand how visitors interact with the website. These cookies help provide information on metrics the number of visitors, bounce rate, traffic source, etc.
Advertisement
Advertisement cookies are used to provide visitors with relevant ads and marketing campaigns. These cookies track visitors across websites and collect information to provide customized ads.
Others
Other uncategorized cookies are those that are being analyzed and have not been classified into a category as yet.
SAVE & ACCEPT